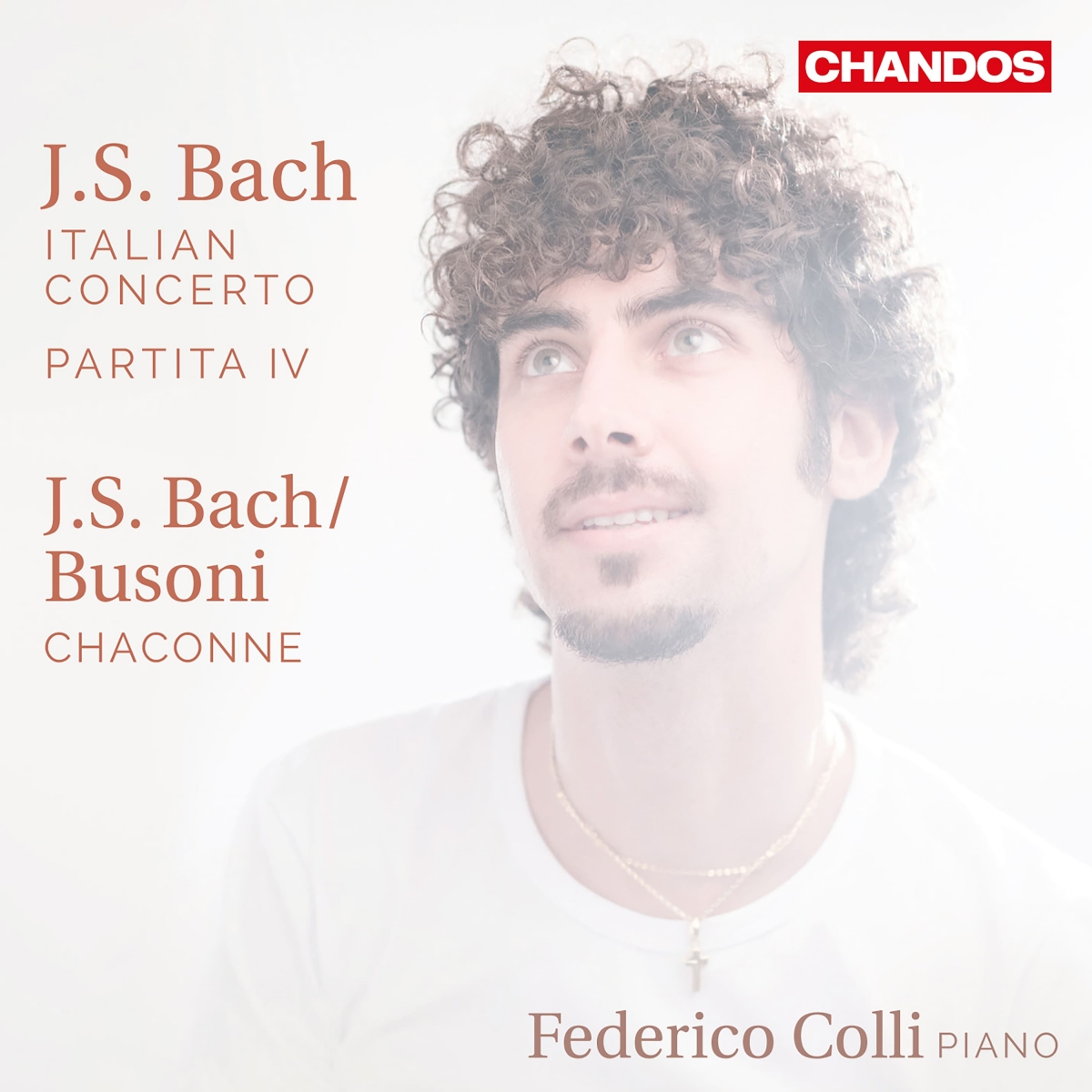 Here is the last Federico Colli's release with Chandos Records

"It’s a monumentally well-paced performance that grips from each moment to the next." The Guardian - UK ★★★★★

After the great critical acclaim obtained from the first CD entirely inspired to Scarlatti, Federico Colli creates for Chandos this new album dedicated to Bach and Bach/ Busoni.

"For the purpose of creating this CD, I wanted to concentrate all my energy and to point your attention towards a great and unique concept: the relationship with transcendence."

Playing on a modern Steinway, the Italian pianist invests Bach’s keyboard works with vitality and a memorable soft-edged inwardness. Colli’s performance is characteristically thoughtful and considered, yet has a self-aware sense of the epic. It’s a monumentally well-paced performance that grips from each moment to the next.

What shines through this new Bach disc is a sense of musical daring, and imagination too. He brings to the Ouverture of the Fourth Partita a compelling sense of grandeur, while the fast writing combines buoyancy with absolute clarity in the counterpoint, with myriad shifts of dynamics and phrasing. The Sarabande is a highlight on this new recording, full of iridescent beauty. And Colli’s revealing of the inner working of the Gigue is utterly compelling. There’s no doubt that Colli is one of the more original thinkers of his generation.

His Bach recording, published by Chandos Records, is anything but mainstream. Through a wide dynamic range, nothing sounds like mechanic and each phrasing, even the simplest scale, contains an individual musical message. The figures and motifs are never stubbornly repeated, but always illuminated and seen from a different perspective. Everything is finely modeled and if you think you have heard an absolute Pianissimo, Federico Colli is even more quiet and delicate, without the sound losing substance. He plays in an irresistible way and while you are listening to him you have the feeling that music should be just like that and not in another way. This is the difference from all the interpretations which are only interesting.

Whatever he plays, whatever he does, Colli compels attention. Take the way he steers the full power of his Steinway through accelerating crescendos and their reverse in the Bach-Busoni Chaconne. Listen to his fading retreat from the slow movement of the Italian Concerto. Better yet, there’s his Sarabande in the Partita, where he heightens Bach’s transfigured version of an old dance form by pausing at times for up to several seconds, putting listener and music on tenterhooks. Indeed, I’d place this D major Partita as the album’s real transcendent experience. It’s here that the clarity of Colli’s fingerwork brings the most benefit, along with his engineering skills. Every movement is carefully weighted to form part of a whole, from the grandiose flourishes opening the Overture to the three-minute sprint of the final Gigue. On this album, you get three dimensions, sometimes more.

Highlights
back to top