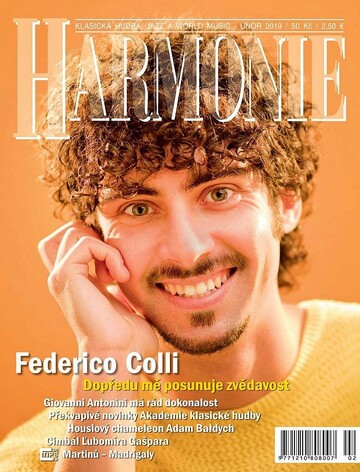 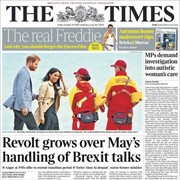 THE TIMES, October 19 2018 by Geoff Brown
Federico Colli: the multicoloured piano maestro
The rising pianist talks about how he sees music — in full colour
At the age of 30, this top prizewinner of the 2011 Salzburg Mozart Competition and the 2012 Leeds International Piano Competition is established as one of the most promising, liveliest and thoughtful pianists on the scene. “The nihilism of a piece like 4’33, where the pianist sits in front a piano doing nothing — that’s absolutely the opposite of the beauty I’m seeking and thinking about. That I think is very bad, not only for music, but for society and culture in general.” 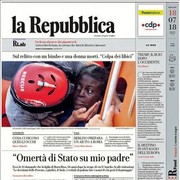 la Repubblica, 18.7.2018 by Gregorio Moppi
Interview
Federico Colli
The music creates beauty only if it approaches the truth
"Today we are only looking for the easy emotions of a like. The artist's task is to arouse the sleeping consciences.
I choose the foulard based on the repertoire. Flamboyant sky-blue for Mozart. Blue or red for Rachmaninov. Gold color for Scriabin." 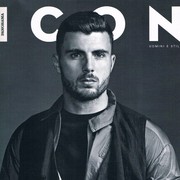 PANORAMA ICON, 10 MAY 2018 by Saverio Paffumi
N. 43 MONTHLY - MAY
Five questions to one of the most acclaimed pianists who at the age of 29
has had Mozart as a friend, the beauty as a partner and the infinite as a teacher.
"There is no need for circus virtuosity, but interpreters who are thinkers, who make the people thinking.
The audience is often prisoner of prejudices and doesn't have the freedom coming from the knowledge." 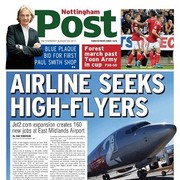 Nottingham Post, 6.10.2017 by William Ruff
There was plenty of high-voltage pianism
If anyone had arrived at Thursday's concert wondering why this shiny-suited young man had won the Salzburg Mozart Competition and the Gold Medal at Leeds, their wondering would have turned to just plain wonder after only a few bars of hearing him play. 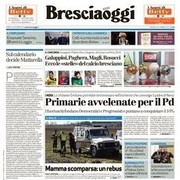 Bresciaoggi, 26.2.2017 by Gian Paolo Laffranchi
"What else can I do... Carry on my mission."
Federico Colli, citizen of Brescia, son of the West. Globetrotter musician who tells himself without compromises.
THE SUNDAY INTERVIEW
FEDERICO COLLI
"I was born pianist. My music is a mission coming from a divine gift."
"I want to serve the music, expressing the truth, paying a tribute to the beauty. These are my goals.
Arturo Benedetti Michelangeli is an authentic model. By his art I learned the meaning of the sacrifice in the perfection. The unconditional trust in a received call. He is my spiritual guide." 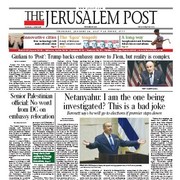 THE JERUSALEM POST, 26.1.2017 by Barry Davis
When you reach a point, you open your eyes, look ahead and say, ‘Oh my God! What I still have to do now’
MUSIC FESTIVAL: EVER-RISING STARS
Italian pianist Federico Colli is on the esteemed roster of the Eilat Chamber Music Festival. 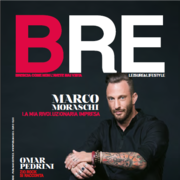 BRE LEISURE&LIFESTYLE
NUMBER 2 . JUNE 2016
My music, the presentiment of the truth behind the veil of its beauty
The interview of June, by Emanuela Serughetti
"I was 3 or 4 years old. My grandfather has always been passionate about music. I remember that at my grandfather's house there was a piano, even if out of tune, and he was encouraging me to try it. My father was singing and playing the guitar and I was listening to him at home. An innate and instinctive passion bound me to the sounds...
The great masterpieces have in themselves the seed of the absolute, they are great compositions survived during the centuries because they have in themselves the infinite, and when an artist is related to the infinite which is hidden behind the beauty of these works, a humble attitude is absolutely consequent..." 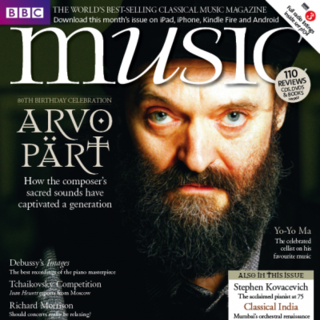 BIG ISSUE NORTH
NO. 1096 31 AUGUST-6 SEPTEMBER 2015
The winner of the 2012 Leeds International Piano Competition, 26-year-old Italian Federico Colli, has already enjoyed a huge career boost.
The eyes of classical music fans all over the world will be on Leeds this month for the triennial Leeds International Piano Competition.
"Winning the competition was an absolutely life-changing experience." 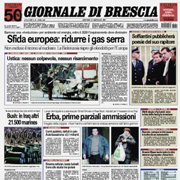 GIORNALE DI BRESCIA, 23.5.2015 by Fulvia Conter
Federico Colli returned to his hometown in an excellent solo recital for the International Piano Festival, obtaining a great success of audience and critics.
Sound, energy and ideas: Federico Colli shines with Bach and exalts with Schumann
Very long applauses and two encores for the young pianist, who played Brahms as a great artist, and Schumann impressing for freedom of expression and musical insights.
The beautiful sound, extremely rare, is one of the particularities of the pianism of Federico Colli. It is always perceptible even when it dissolves in fascinating pianissimo and never heavy fortissimo.

il Corriere Musicale, 13.2.2015 by Luca Chierici
The young performer charms for technical excellence and timbric research
Federico Colli is a young musician with out of the ordinary qualities, possessing a considerable communication skill. We are in front of a musician of an outstanding level with an extraordinary technique that allows him to show an uncommon timbric palette, with calibrated sounds, extreme clarity in the articulation of the notes and very refined research of orchestral sonorities. He is an artist for whom is easy to imagine a continuation of international career at the highest levels, justified by qualities of real excellence.

bachtrack, 6.2.2015 by David Truslove ★★★★★
Staggering musicianship and maturity from Federico Colli
It is only since his success at the Leeds International Piano Competition in 2012 that Federico Colli has become familiar to a select group of devotees in the UK. Last year he appeared at the Queen Elizabeth Hall and more recently at the Barbican where he gave his London concerto debut. It was Colli’s towering virtuosity in the mercurial Scarbo that dazzled. 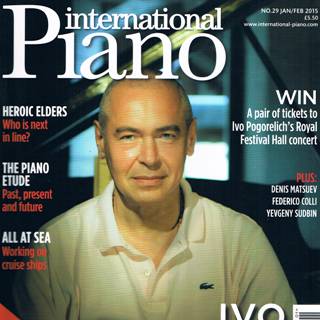 international Piano
NO. 29 JAN/FEB 2015
ONE TO WATCH: Up-and-coming Italian pianist Federico Colli, by Michael Church
Of keyboards and cravats
"A dandy is a man who loves beauty. I am an artist, and I love beauty and truth." 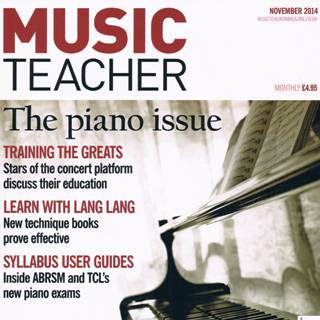 MUSIC TEACHER
NOVEMBER 2014
TRAINING THE GREATS
Stars of the concert platform discuss their education. Melanie Spanswick interviews Noriko Ogawa, Artur Pizarro and Federico Colli.
TEACHING THE STARS
Melanie Spanswick asked three concert pianists how they developed their technique.
Federico Colli: "With Konstantin Bogino I really understood the job of a concert pianist. That it is necessary to spend your life in front of the piano. The best time to play in the day is from 2am until midnight."

GIORNALE DI BRESCIA, 2.6.2014 by Marco Bizzarini
Federico Colli is worthy of the greats
Outstanding test at the Teatro Grande where the pianist has left a strong sign of personality.
In the Third Concerto by Rachmaninov exciting test of Federico Colli with a convincing Festival Philharmonic Orchestra under Pier Carlo Orizio
Federico Colli not only managed to subdue all the traps of the Finale with a great authority (so much so that he let slip a gesture of victory just before the conclusion), but he also left a strong sign of personality in the first two movements, demonstrating that the interpretive research of this fascinating work is far from over or destined to the repetition of the same models. 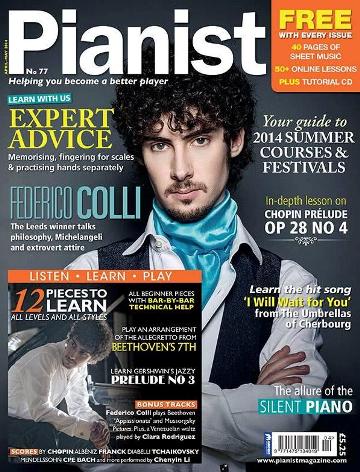 Pianist
Issue 77 of Pianist  (April- May 2014)
Pianist 77's cover star is Federico Colli
Federico Colli Art of the matter
The youg Italian talks philosophy, Michelangeli and cravats with Jessica Duchen
He tells us what it was like to win the famous Leeds Competition and what he's up to now. We talk to Italian pianist about how winning the 2012 Leeds International Piano Competition has changed his life. 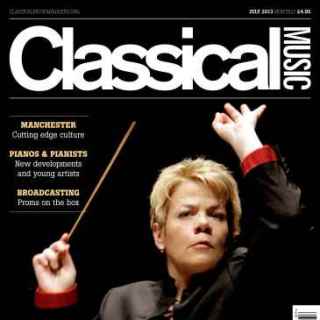 Classical MUSIC
CLASSICALMUSICMAGAZINE.ORG JULY 2013
PIANO FOCUS Competitive edge by Jessica Duchen
For young pianists, winning a competition can mean the difference between having a career or not. But winning is only the beginning.
Federico Colli: "It's important to prove yourself" 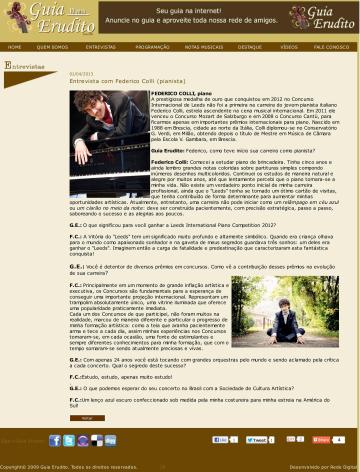 Guia Erudito
1/4/2013
Interview with Federico Colli
The prestigious gold medal he won in 2012 at The Leeds International Piano Competition, it was not the first in the career of the young pianist Federico Colli, rising star on the international music scene. 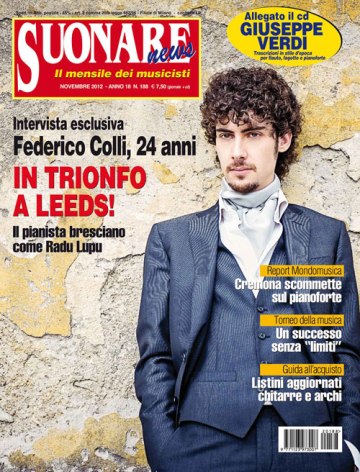 SUONARE news
no. 188 November 2012
In triumph in Leeds!
The Italian pianist as Radu Lupu
Exclusive interview to Federico Colli, 24 years old
by Filippo Michelangeli
The italian boy with a Russian heart enjoys the victory at The Leeds and the concerts that are waiting for him.
Russian are the teachers who he had, but he still thinks to improve himself, to grow, he sees in front of himself other years studying and much inner research, in the sound particularly.